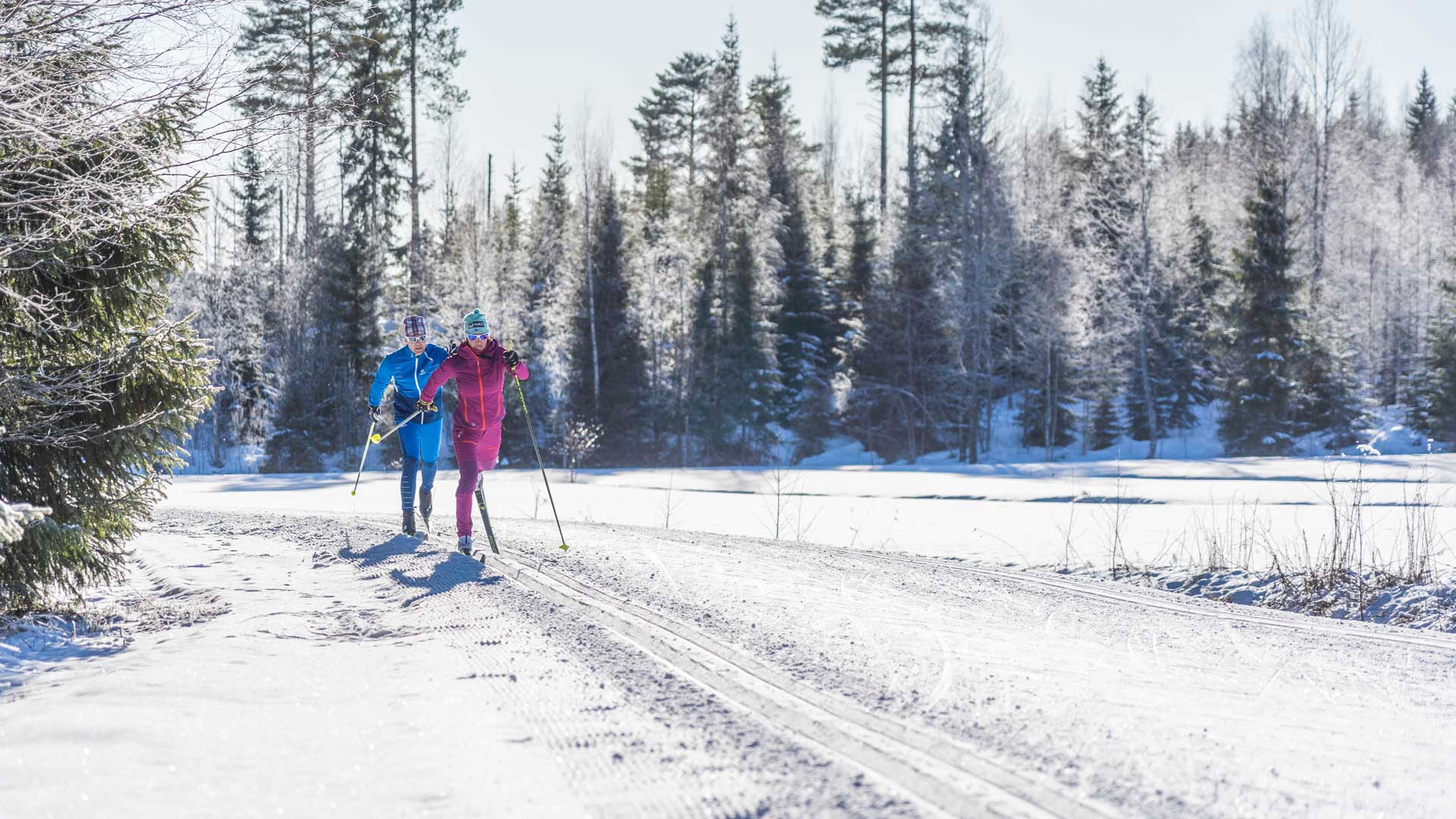 On land and on ice, there are cross country skiing routes everywhere in the Capital of Lakeland.

The Kuopio-Tahko area has over 600 kilometers of cross-country skiing tracks but when you add that to the tracks of nearby communes, such as Leppävirta, Siilinjärvi, Lapinlahti and Iisalmi, it reaches well over one thousand kilometers.

The skiing track network is open in the winter season and is always well-maintained. The first trails in Kuopio and Tahko open in October-November each year but the ski tunnel in Leppävirta allows year-round skiing.

As you can see from the map, there are skiing routes everywhere in the Kuopio city area – both on land and on ice. The main routes can be found in Puijon-Puijonsarvi and Jynkänvuori-Petonen areas. Open every day, some of the routes even have lighting that is operational until the nighttime, allowing you to ski until 9pm.

No matter where you are staying, the starting points of the trails are always close and in the mid-winter, when the tracks on the ice are open, you can start your skiing trip right from the center. You can also reach the Puijo ski stadium easily by bus and good starting points for those arriving by car are the parking areas in Tahkonlaakso, Tahko Spa and Simola.

In Tahko, the skiing season usually starts in early winter, when the first snow tracks begin to attract cross-country skiers from near and far. Tracks run through forests, over ridges, and on the ice.

Of course, a truly magical skiing trip includes a relaxing break. In the Capital of Lakeland, there are dozens of stunning natural sites and campfire spots ideal to stop and snack, rest a little, or just enjoy the scenery. You’ll find most of those places marked in the maps, but you can always find your own favorite spot in the midst of nature.

If you are looking for a track map, weather information or any help with planning your skiing trip, the staff at your accommodation will be happy to help you. You can also check the Kuopio skiing trails and Tahko skiing trails from here.