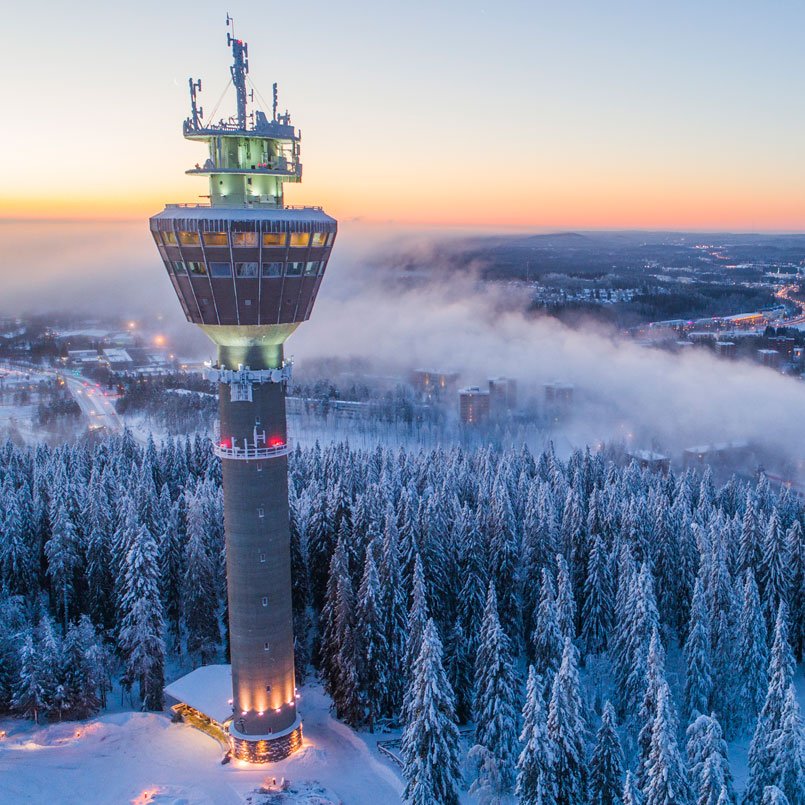 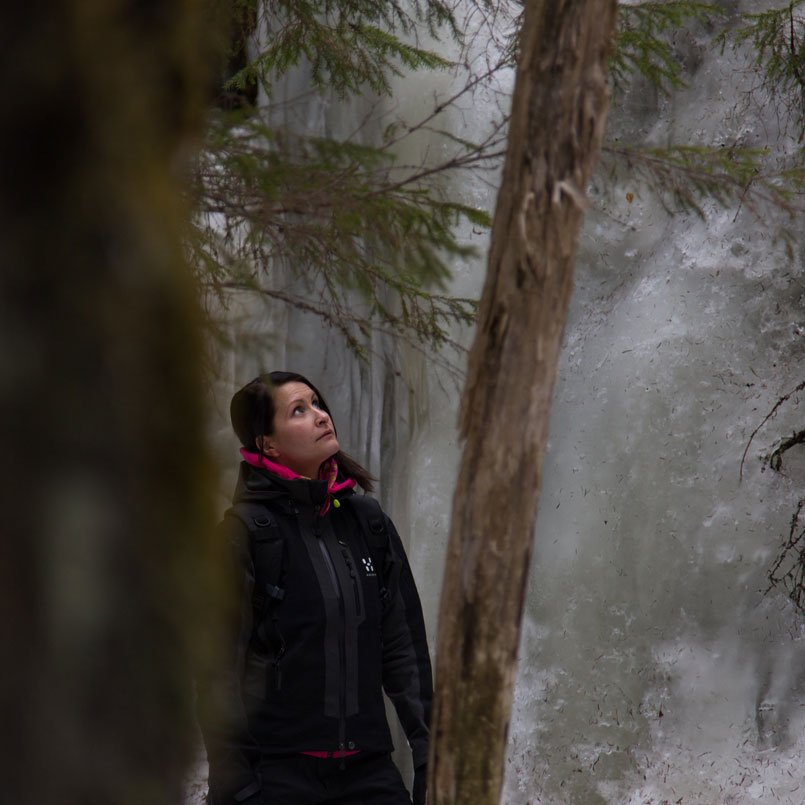 The picturesque lakeland full of experiences

Numerous nature sites in Capital of Lakeland as well as spectacular national parks nearby are all freely available for everyone without access fee. The city of Kuopio is located in the middle of the impressive forests and flickering Kallavesi. A magnificent overall picture of the surrounding nature is not only seen from the waters, but also from the Puijo tower, which rises 75 meters above the ground and 306 meters above sea level. The nature trails and routes in the Puijo outdoor area are also worth visiting, as are the scenery point in the northern part of the Puijo area, ​​Kolmisoppi-Neulamäki nature site – and the nature around the Rauhalahti tourist area.

In Tahko, the postcard landscape can be seen  at the top of the slopes at a height of 296 meters above sea level, from which the entire area of ​​the peninsula opens up to the scenery at a glance. The moment of sunrise and sunset from the top is something really memorable both in winter and summer. Syväri Lake with its hundreds of islands is delightful not only for its landscape, but also for one of Finland’s most beautiful waterways to Kuopio and further to the Gulf of Finland. Tahko peak can be reached in winter by skiing, snowmobiling, hiking, and by car road to  restaurants. In the summer season, you can head to the top by stairs, hiking, by car or by the scenic ski lift. One of the many hiking trails leading to the top of Tahko is about 1,5 km long Huutavanholma route, which runs through the nature reserve in the middle of a magnificent forest. Also worth a visit within half an hour’s drive from Tahko is Pisa, a nature conservation area, which tower opens  the view up until the Kuopio on a clear day.

The Tiilikkajärvi national park, about an hour’s drive to the north  from Tahko, is one of the most spectacular nature sites in the area. Its sandy shores, rivers, shrubs of forests invite you to be present with nature. There are several different routes, rivers, bridges, lots of historical sites, and many rest areas and bays on almost 400 hectares area. Another magnificent national park is located about one hour car drive  to the southwest of Kuopio. Etelä-Konnevesi national park is the area where the lake meets the mountains and behind the rocky shores hide green grove forests. There are several  hiking, kayaking and boating routes in the area.

In the south of Kuopio, the Orinoro valley on Leppävirta was born around 10,000 years ago by iceberg melting waters. Snow and ice will remain there until June every year. During the winter, there is no path to the valley, but you can go there with snowshoes. There is also 7 kilometers long nature trail in the area and a nice relaxing spot by the pond. To the north of Kuopio, in Maaninka, there is the Finland’s highest rapid stream, Korkeakoski, a popular destination, especially during the spring, when the melting snow makes it most magnificent. Nature attractions worth visiting are also Rautavaara Pumpulikirkko – the cotton church – and the Rotkolaakso valley in Tuusniemi.